The final round of the Sprint Cup in the GT World Challenge Europe, at Circuit de Barcelona-Catalunya, saw SPS automotive performance claim three class podiums to end the season in third place in the PRO-AM category in the Team and Driver competitions.
Willsbach – In a thrilling climax to the season at Circuit de Barcelona-Catalunya, the German/Austrian duo of Valentin Pierburg (GER) and Dominik Baumann (AUT) once again finished on the PRO-AM podium in each of the final three Sprint Cup races in the GT World Challenge Europe. These results were enough to earn the team from Willsbach an impressive third place in the final standings at the end of its first full season in the demanding SRO series.
On Saturday evening, Pierburg started the first one-hour race from third place in the PRO-AM class. Pierburg climbed into second place in the class at the start and handed the #20 Mercedes-AMG GT3 to Baumann at the end of his stint. The Austrian set some flying lap times as he consistently closed in on the first-placed car in the PRO-AM class, and for a long time challenged for the lead. Shortly before the end of the race, an incident resulted in another appearance from the safety car, which consequently saw the whole field bunch together again. The race was released for one final lap, during which time Baumann managed to take the lead, but then ran out of luck: After contact with a rival car, the Mercedes-AMG GT3 skidded into the gravel bed and was unable to complete the race. Despite this, Baumann was still classified third in the class, earning valuable points for the team.
In the second race on Sunday afternoon, it was the turn of Baumann to start the race from third place in the PRO-AM class. He gained a position on the opening lap and was challenging for the lead in the class throughout his entire stint. After the mandatory pit stops, Pierburg, who had taken over from Baumann at the wheel, found himself leading the PRO-AM class. Pierburg looked set to take the team’s first win of the season until he was passed on the very last lap of the race and eventually crossed the finish line in second place in the PRO-AM class.
Baumann, who took the wheel of the #20 Mercedes-AMG GT3 for the start of the third and final race, soon took the lead in the PRO-AM class on the opening lap. He held onto this lead until the driver changeover. After an ideal stop, Pierburg headed back out with a lead of nine seconds. The German then controlled the race from the front. However, Lady Luck once again deserted SPS automotive performance in the final race of the weekend. A puncture forced Pierburg back into the box with just a few laps remaining, costing him the lead. He returned to the track to finish runner-up.
Having now completed its first full season of the Sprint Cup in the GT World Challenge Europe, SPS automotive performance now turns its attention to the legendary 24-hour race at Spa-Francorchamps. For this reason, the team will make a guest appearance in the International GT Open next weekend. With one week to go until the endurance classic, the International GT Open event will also take place at Spa-Francorchamps.
Stephan Sohn, team principal SPS automotive performance: “On the whole, we can be very happy with the way we performed in our first full season. We finished on the podium at every event and have developed all the time. We could maybe even have finished second in the standings, but things would have had to work out perfectly for us here in Barcelona for that to be possible. Unfortunately, we were lacking that little bit of fortune you need this weekend. We hope to be involved again next year, and obviously want to go on the attack again.””

Result of race one of the GT World Challenge Europe in Barcelona*:

Result of race two of the GT World Challenge Europe in Barcelona*:

Result of race three of the GT World Challenge Europe in Barcelona*: 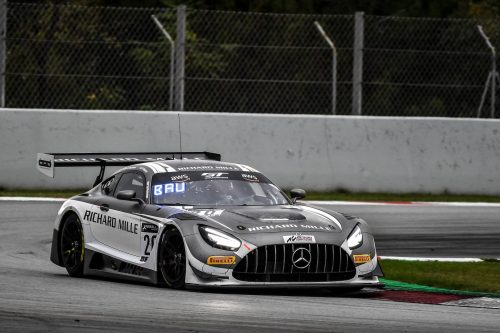 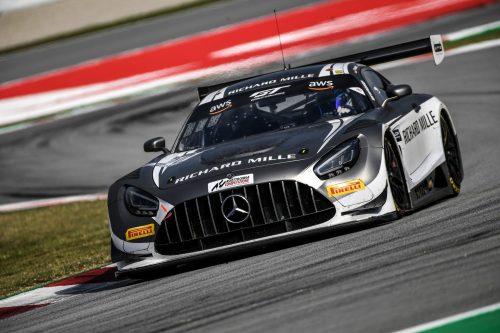 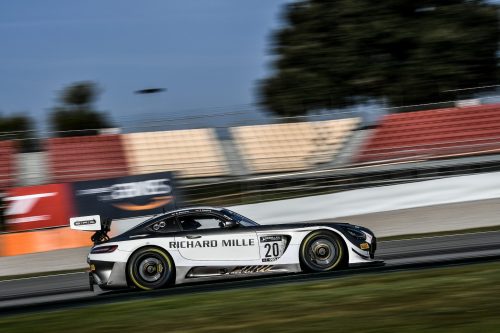