Making a guest start in the International GT Open at the Red Bull Ring in Austria, SPS automotive performance and its duo of Christian Hook and Manuel Lauck (both GER) finished third in the AM class in both races to earn a place on the podium.
Willsbach – In summery conditions, the pairing of Christian Hook and Manuel Lauck made two appearances on the AM class podium at the Red Bull Ring. At the wheel of the #40 Mercedes-AMG GT3, they finished third in both races on their guest appearance in the International GT Open.
Christian Hook started the first 70-minute race from fourth place in the AM class. Hook gained one position during his stint at the circuit in the Styria region of Austria and handed the car over to Manuel Lauck in third place. The 37-year-old set consistently fast lap times, but, in an eventful opening race, was unable to close to within striking distance of the second-placed car in the class. As such, Lauck and the Mercedes-AMG GT3 crossed the finish line in tenth place overall and third in the AM class.
Lauck started race two – this time a one-hour race – from eleventh place overall (third in the AM class). He managed to climb into second place on the opening lap, and held on to this position until the obligatory driver changeover. Hook, who took over from Lauck at the wheel of the #40 Mercedes-AMG GT3, was unable to fend off the opposition and dropped back two places in the second half of the race. He eventually came home in 12th place overall, fourth place in the AM class. However, race control then handed a time penalty to a rival car after the race. This resulted in the SPS automotive performance Mercedes-AMG GT3 being promoted to third place in the AM class. Hook, who had previously contested two races in the International GT Open at Circuit Paul Ricard, now lies fourth in the AM class.
The Netherlands are the next destination for the SPS automotive performance team. From September 25 to 26, Circuit Zandvoort hosts round three of the Sprint Cup in the GT World Challenge Europe.
Stephan Sohn, team principal SPS automotive performance: “The team produced a flawless performance and our drivers were really happy with the car. The only thing lacking was a little bit of top speed, which cost us a bit of time. On the whole, we can be happy with the two podiums. The GT Open is not an easy series, in which you simply turn up and win. Together with the races in the GT World Challenge Europe, we have had three class podiums in four races. We can certainly live with that.”
Manuel Lauck, #40 Mercedes-AMG GT3: “Two podiums are obviously a good result. We may have been secretly hoping to win the class, but the lack of top speed hindered us a little. Despite this, the GT Open is a nice platform. I think we will race again in the GT Open. We still have a score to settle here, and I want to win again.”

Result of the race one of the International GT Open at the Red Bull Ring*:

Result of race two of the International GT Open at the Red Bull Ring*: 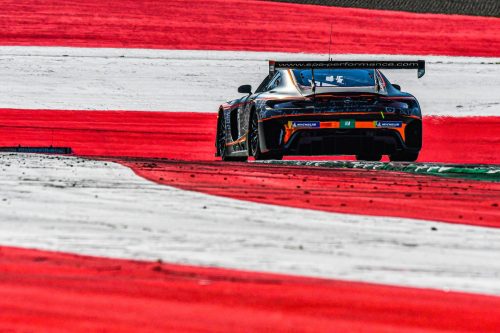 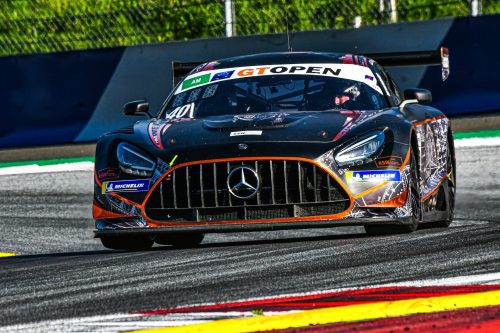 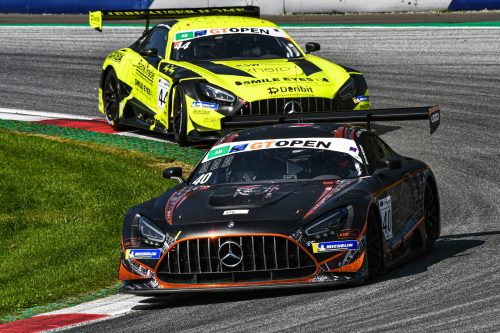