The SPS automotive performance team celebrated another podium in the PRO-AM class at round two of the Sprint Cup in the GT World Challenge Europe, which took place at Circuit Nevers de Magny-Cours.
Willsbach – The duo of Valentin Pierburg (GER) and Dominik Baumann (AUT) in the #20 Mercedes-AMG GT3 finished third in an eventful opening race in the GT World Challenge Europe at Circuit Nevers de Magny-Cours to claim another podium in the PRO-AM class. The German-Austrian pair then finished fourth and picked up more valuable points in the second race of the weekend.
On Saturday evening, Valentin Pierburg started the one-hour night race from fourth place in the PRO-AM class. He promptly climbed into second place in the class on the opening lap. In a race featuring many battles for position and incidents, Pierburg was not initially able to hold that position and briefly fell back into fourth place. However, he benefitted from a mistake made by one of his rivals and handed the #20 Mercedes-AMG GT3 over to Dominik Baumann in third place at the end of his stint. Austrian Baumann closed in on the second-placed car on the first lap of his stint, and spent the final third of the race battling for second place in the PRO-AM class. However, despite a number of attempted attacks on the former Formula 1 track, Baumann was unable to pull off the decisive manoeuvre and eventually crossed the finish line just 0.4 seconds behind the runners-up in third place in the PRO-AM class and 16th overall.
In race two on Sunday afternoon, which took place in ideal conditions, Baumann started from 18th place (P4 PRO-AM). He initially climbed two positions in the overall standings following an incident in turn one, which triggered a safety car phase. A number of cars from other classes in front of him prevented Baumann from challenging the tightly-packed leading trio in the PRO-AM class. Pierburg, who took over at the wheel of the #20 Mercedes-AMG GT3, again found himself behind a direct rival in his class after the round of obligatory pit stops. At the start of his stint, Pierburg set a number of personal fastest laps, but could do nothing to prevent the third-placed car from pulling clear over the course of the race. He eventually came home 17th overall, fourth in the PRO-AM class, picking up more valuable points in the process.
SPS automotive performance is back in action in just two weeks in the Netherlands, where Circuit Zandvoort hosts round three of the Sprint Cup in the GT World Challenge Europe.
Stephan Sohn, team principal SPS automotive performance: “We performed well as a team here. Our two drivers are gelling better all the time. I am particularly proud of Valentin, who is improving all the time in this strong field in the GT World Challenge Europe. He did a superb job, particularly in his qualifying. I think it was the right decision to switch to GT World Challenge Europe. We are really enjoying it as a team, as are our two drivers Valentin and Dominik.”
Dominik Baumann, #20 Mercedes-AMG GT3: “On the new track it was a bit difficult to get in at the beginning. The pace in the GT World Challenge is extremely high. Valentin made a great job in the first qualifying. There was a lot of action in the first race, but we kept out of everyone and finished in P3 in our class. My qualifying on Sunday weren’t that well, and in the race I could only just avoid a collision after the start. We have gained a lot of experience for the next races and I am looking forward to the next tasks, because we have a unanimous upward trend.” 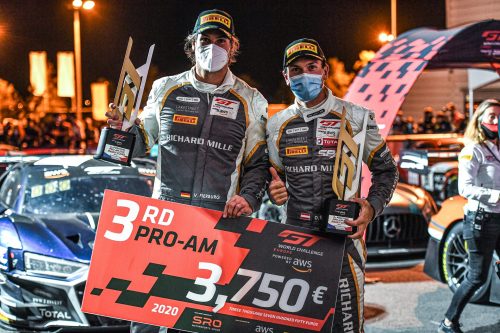 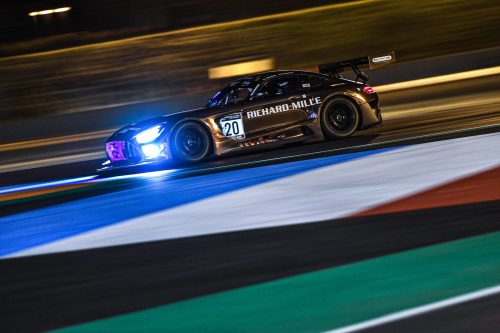 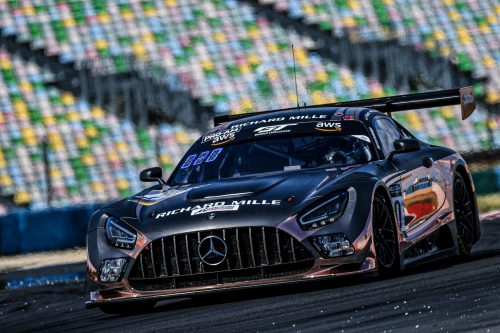