Willsbach – It was an eventful weekend for SPS automotive performance in Zandvoort on the Dutch coast. Valentin Pierburg (GER) and Nick Foster (AUS), standing in for Dominik Baumann (AUT) at this event, twice finished third in very challenging conditions to claim a further two podiums in the PRO-AM class. Unsettled weather made tyre selection a real gamble, particularly in race one.

Pierburg started Saturday morning’s opening race from third place in the PRO-AM class. Track temperatures around freezing point and changing conditions made the first half of the race, in particular, a real challenge for all involved. A number of teams started on slicks, but the onset of rain during the formation lap forced them back into the pit for a tyre change. Pierburg, who started on wet tyres, took advantage of this situation to climb four places in the overall standings. He initially took a cautious approach and came in for an early driver changeover. The German handed the #20 Mercedes-AMG GT3 over to team-mate Foster, who also opted for wet tyres. Early on in his stint, it looked as though this tactic would bear fruit. Foster set some of the fastest times of the entire field and took the lead in the PRO-AM class. However, with no further rain and the track drying out all the time, he found himself embroiled in a long battle for the lead in his class. The wet tyres became increasingly worn in the final stages of the race and Foster was unable to keep his rivals at bay. The Australian ultimately crossed the finish line in third place in the PRO-AM class.

Foster started race two from tenth place overall, and pole position in the PRO-AM class. He gained two positions at the start to move into the lead in the class. During his stint, the #20 Mercedes-AMG GT3 climbed a few more places and Foster handed the car over to Pierburg in fifth place overall and with a good four-second lead over the second-placed PRO-AM car. However, after it started to rain lightly, Pierburg skidded off the track early on in his stint and dropped back to third place in the PRO-AM class. Pierburg spent the rest of the race striving to catch the leaders, but eventually came home in third place. With another two podium finishes, the team once again picked up valuable points and strengthened its grip on third place in the PRO-AM standings.

In the coming days, SPS automotive will be at Spa-Francorchamps in Belgium, where it will use the test days to prepare for the highlight of the season, the TOTAL 24h Hours of Spa.

Stephan Sohn, team principal SPS automotive performance: “I am very proud of our team and our drivers. We have finished on the podium at all the sprint events so far. After Misano, this is the second time we have achieved that in both races. We actually led for the first time in both races here. That is where we want to be, but not what we can really expect throughout our complete season. With a little luck, we could possibly have done even better. Despite this, we are very happy.”

Valentin Pierburg, #20 Mercedes-AMG GT3: “I am very frustrated that I span whilst leading race two. After that, the tyres really started to struggle. I tried to close the gap, but was no longer able to really push hard. I feel bad for the team, as today’s results could have been even better.”

Nick Foster, #20 Mercedes-AMG GT3: “I think we had two fantastic days of racing here. The team did a very good job of preparing the car and it worked well. In my opinion, the two podium finishes is also a very good result. Maybe we could have done even better. Unfortunately, my tyre selection in race one was not the right choice, and the skid in race two was also disappointing for us. On the whole, however, we can be happy with our performance. Thank you to SPS for allowing me to be involved this weekend.”

Result of the GT World Challenge Europe in Zandvoort, race 1*:

Result of the GT World Challenge Europe in Zandvoort, race 2*: 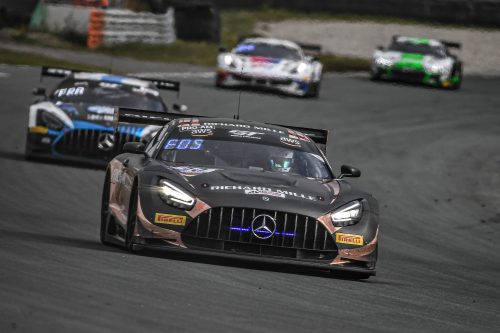 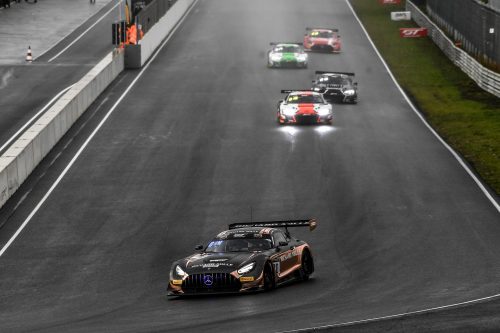