SPS automotive performance ended its guest appearance in the International GT Open at Circuit Paul Ricard with one class victory and a fourth place in the AM class. Christian Hook and Valentin Pierburg (both GER) in the #20 Mercedes-AMG GT3 came up just a few tenths of a second short in the first qualifying and race one, and eventually came home in twelfth place overall following a spin. However, they improved significantly in the second qualifying session for race two. Pierburg started Sunday’s 60-minute race from pole position in the AM class and as the best-placed Mercedes-AMG GT3, courtesy of a qualifying time of 2:02.008 minutes. After a turbulent start and an equally eventful finish, Christian Hook crossed the line in first place in the AM class and eighth overall.
Le Castellet – With sunshine and perfect conditions in Le Castellet, SPS automotive performance was in determined mood going into both races at the 5.842-kilometre circuit, which is renowned for its strikingly painted run-off zones. Christian Hook started the opening race from 12th place overall (P3 AM). After a good start, the 53-year-old dropped to the back of the field following a spin. However, Hook wasted little time in closing the gap and was able to regain one position. Hook came in for an early pit stop after roughly 30 minutes, with Pierburg taking over at the wheel. He spent a long time fending off a PRO-AM car towards the end of the race, but was eventually passed and, after 70 minutes of racing, crossed the finish line in fourth place in the AM class and twelfth overall.
The team showed signs of improvement in qualifying for race two and secured a great starting position: Pierburg, who won the PRO-AM championship in the GT Open in 2018, secured pole position in the AM class and eighth place overall with the Mercedes-AMG GT3. The start of the race was a turbulent affair, with Pierburg having to take evasive action and ending up in the run-off zone following a crash involving two other cars. He rejoined the track in sixth place and found himself in a number of fierce battles for position. He was once again unable to stick to the racing line, as he strived to avoid contact. The 33-year-old then launched an impressive fightback and had battled his way back into P9 by lap ten. Christian Hook took to the track in P8 for the final 25 minutes of the race. As a bronze driver, he initially did a fine job of holding off his faster opponents, but then dropped back into eleventh place. However, he successfully kept his rivals in the AM class at bay and, with ten minutes remaining, reaped the rewards for a strong display when the class leader spun. Hook took over at the front of the AM class, extended his lead, and went on to take the class win and eighth place overall.
The next race for SPS automotive performance is the endurance race at the Nürburgring in the GT World Challenge Europe, which is scheduled for September 5 to 6.
Stephan Sohn, team principal SPS automotive performance: “That was a challenging weekend for us. In the first race, we were not quite able to perform to our best out on the track. As such, we were all the more delighted to improve in the second qualifying session and to secure the class pole, courtesy of Valentin. Race two was then rather chaotic at the start, but Valentin came through it superbly and then produced an impressive performance, including a fightback. Christian then followed that with a flawless job. He took the class lead, was getting faster all the time towards the end of the race, and opened a big lead in the class. The class victory is a fantastic way to end the event.”
Christian Hook: “The spin in race one put an early end to our challenge for the class win. After that, I really floored it and was able to catch a PRO-AM car and close the gap to the cars ahead of me. In the end, however, we could make no more progress and it was obviously not the result we were hoping for. Valentin then showed the way in the second race, with pole position in the class and an impressive first half of the race. Things then went really well for me too, and the class victory is fantastic. I’d like to say a big thank you to the whole team!”
Valentin Pierburg: “After the difficult race yesterday, we were all determined to deliver today. The day started really well and I felt very good in qualifying. Later, we all did a perfect job in the race and fully deserved the win. Finally, I would like to thank the whole team for the weekend!” 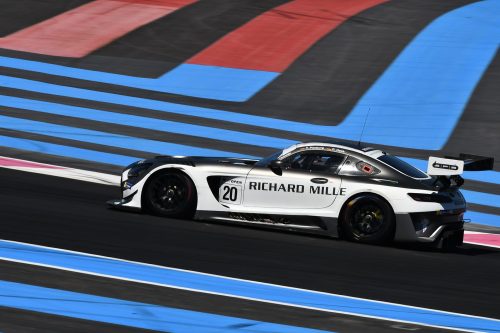 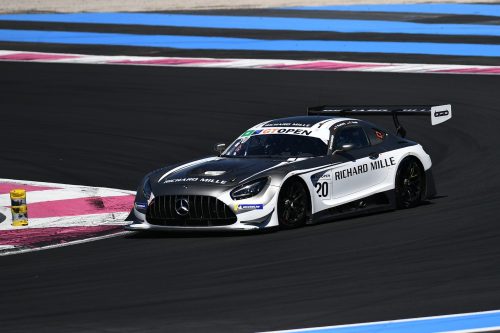